The City of Kitchener did a report in 2012, titled FCS-12-191 Alternative Voting - Internet Voting (link will open a page viewer).

Because the City of Kitchener website provides a page viewer and a button to generate a PDF download, I've made a copy of the PDF, you can view and download it from Google Drive (click the down-pointing arrow in the upper right of that screen to download).

The report is particularly good is in the area of turnout.  It concludes

The conclusion is supported by tables in the Results and Outcomes section showing data from Markham, Peterborough, and Burlington, with a particularly detailed breakdown for Markham.  See the image extracted from the document below: 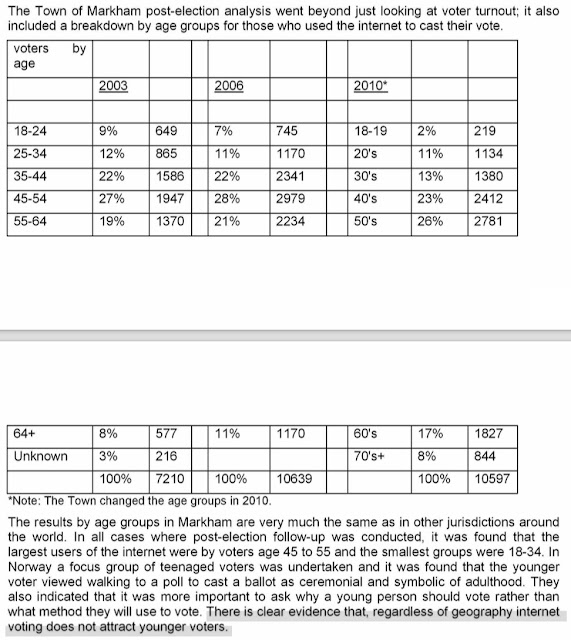 Let me re-emphasize the last sentence in the above extract:

There is clear evidence that, regardless of geography internet voting does not attract younger voters.

Staff is of the opinion that [internet voting] should not be introduced in 2014 based on several factors outlined in greater detail in this report such as:
Previously
June 23, 2016  City of Mississauga report on Internet Voting